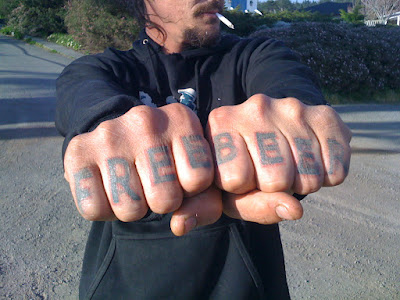 David Lynch understood the cultural identity of beer when writing these lines for the characters in the 1986’s Blue Velvet. Dennis Hopper as the psychopathic Frank Booth demeans the prissy, European suds of choice of terrified preppy college -boy Kyle MacLachlan with his manly, working-class beer of choice, PBR! There has never been a more stark or disturbing example that beer is an important element of cultural identity.

Of course anyone that has traversed the natural habitat of the urban hipster watering hole know that PBR tall boys is the brew De rigueur (Blue Velvet fans I guess.)  Texas honky-tonks have the Wrangler and Lucchese-clad locals swill the local favorite Lone Star long-neck. Then there is the ubiquitous Bud lite and Coors lite just about everywhere else.

I once heard someone equate country music with one of the latter big company lagers. I couldn’t agree more. Kenny Chesney is the Bud lite, or with his recent foray into beach topis the Corona, of country music. It makes perfect sense that the crowds at his sold-out stadium shows would overwhelmingly be represented by tasteless yellow fizz water. That they display the same lack of discretion for their beer as they do for their music should not come as a surprise.

Last week was American Craft Beer Week . Beer is as infused with the American spirit as apple pie, capitalism and firarms. Native Americans mixed maize, birch sap and water to create a beer like brew and Ben Franklin is purported to have said “Beer is proof that God loves us and wants us to be happy.” He might not have said this bit it’s true they early colonist were big fans of their suds.

I see craft beer producers like I see the musicians I cover on this blog. Hayes Carll or Amanda Shires are like Stone Brewery or Russian River, They all use elements of traditional America (by way of Europe and all the other cultural  influences that make this country great) and created something innovative but still traditionally American. The audience at their shows prove that the association is not just theoretical. They tend to be college educated, make more and hoist local brews in greater numbers than mass-produced brew at every event I’ve attended (100+ and counting.) I would love to see 21st Amendment or Cherry Voodoo sponsor a West Coast tour by Hang Jones or Tiny Television. perhaps a newcomer like Armadillo Ale Works in Denton, TX could partner with a local band to grow both brands.  They are all kindred spirit appealing to the same demographic and I believe there is a glorious synergy suds/twang to be had.

So sit back and put on a local Americana or roots music band and pour a locally brewed beverage and rejoice in the great American tradition of enjoying great things and entrepreneurial spirit of  sticking it to the big guys trying to hoodwink you into confusing crap for cream puffs.